TROY, NY – On Wednesday, September 7, Mayor Patrick Madden and representatives of the City Comptroller’s office held the first of three public Mayoral budget and finance workshops at Troy City Hall. The session featured a formal presentation by Mayor Madden which provided attendees an overview of Troy’s current financial challenges, the city’s long-term debt obligations and a breakdown of historical trends which have contributed to the fiscal constraints the Collar City is currently facing, including:

“Addressing and correcting the long-term mismanagement of city finances and budgeting procedures continues to be the principal focus of my administration,” said Mayor Patrick Madden. “By utilizing fact-based budgeting policies I remain confident we can develop a common sense budget proposal which will strengthen the long-term financial health of our city and best position us for a more prosperous future. I want to thank all community members and residents who attended last week’s budget and finance workshop and encourage their continued participation and engagement during the upcoming finance sessions as we work to further educate the public on Troy finances and the challenges ahead.”

The second Mayoral budget and finance workshop is scheduled for Tuesday, September 13, beginning at 6:00pm, and will focus on department and operational costs associated with the delivery of important city services to residents. The session will be held at 433 River Street, Suite 1002, Troy, NY.

The September 7, 2016 Mayoral budget and finance workshop presentation can be viewed here.

The 3-session finance workshop series is part of the Madden administration’s ongoing effort to promote fiscal transparency and increase public engagement in the budget process. As part of the administration’s response to a critical February audit by the NYS Comptroller’s Office of the City of Troy’s financial condition for the period of January 1, 2012 through May 31, 2015, Mayor Madden implemented policies and procedures to ensure accurate financial estimates, analysis and reporting would be utilized in monitoring the city’s fiscal health. The administration has also delivered two on-time quarterly financial reports in 2016. 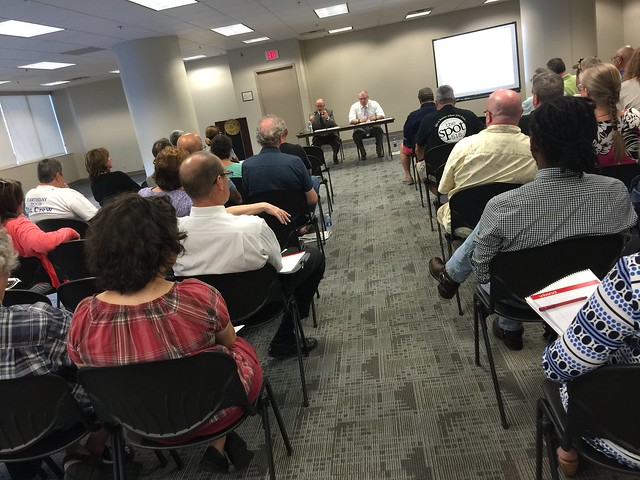