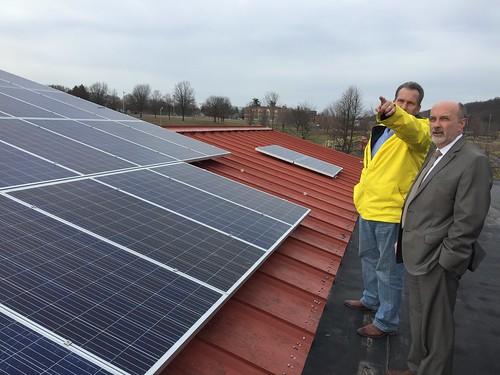 TROY, NY – On Tuesday, February 28, Mayor Patrick Madden visited the Knickerbacker Ice Arena to observe the first phase of installation of the city’s 2.1 megawatt solar energy system, the next step toward the city’s embrace of climate smart community initiatives. Mayor Madden was joined by Deputy Mayor Monica Kurzejeski, and representatives of project managers Monolith Solar, including Steven Erby, President, and Mark Fobare, CEO for a tour of the site. The first phase of installation at the Knickerbacker property includes the placement of approximately 1,300 roof-mounted solar panels. Additional city-owned facilities across Troy will be fitted with solar paneling in the coming months. When completed, the project will allow the City of Troy to source one third of its power needs from clean renewable sources of energy resulting in significant savings for the city over the next two decades. 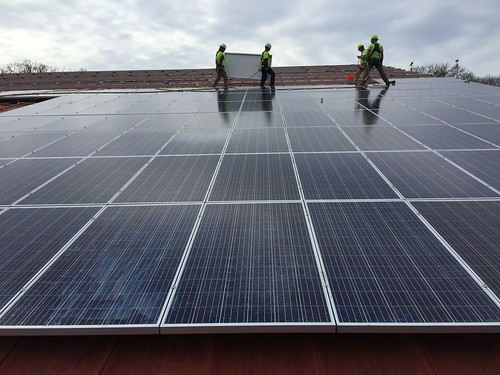 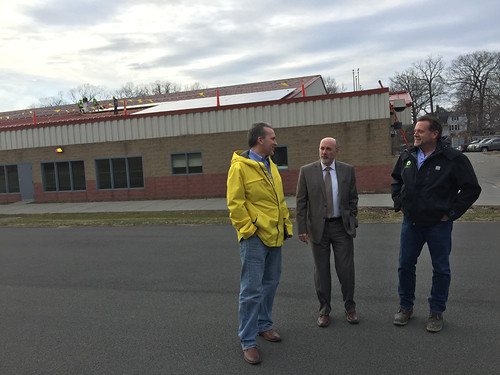 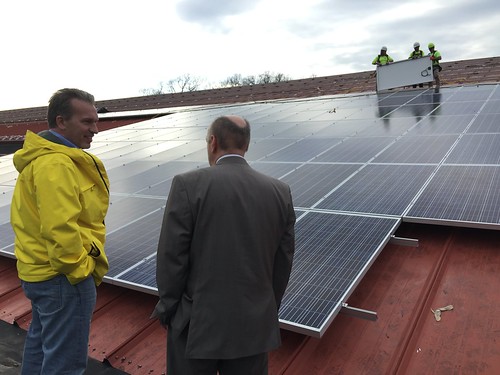