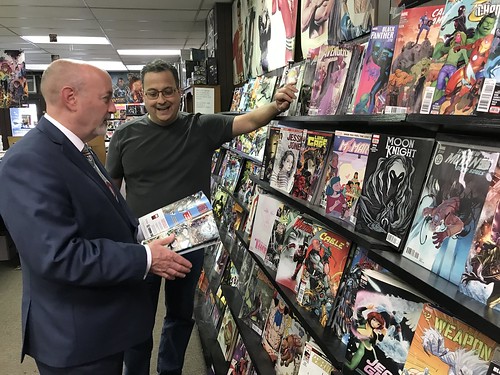 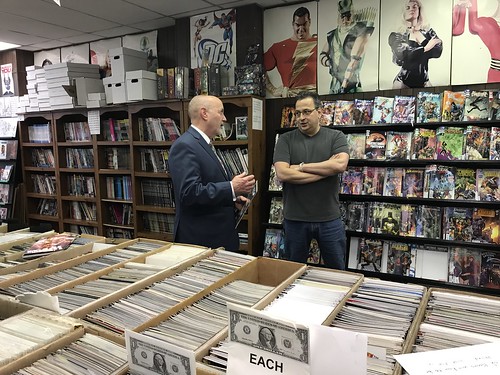 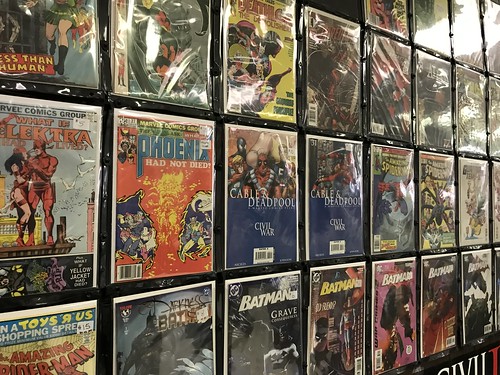 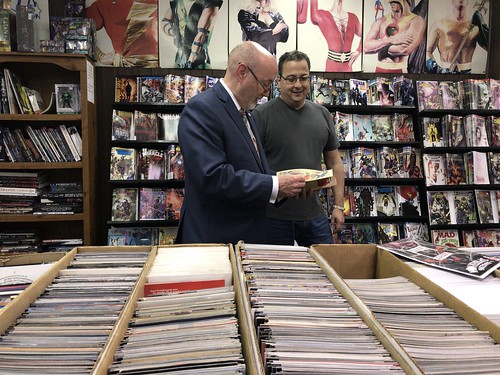 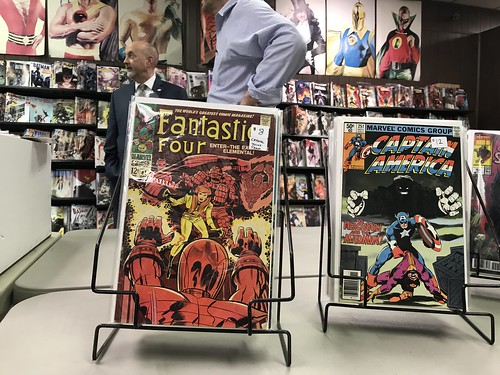 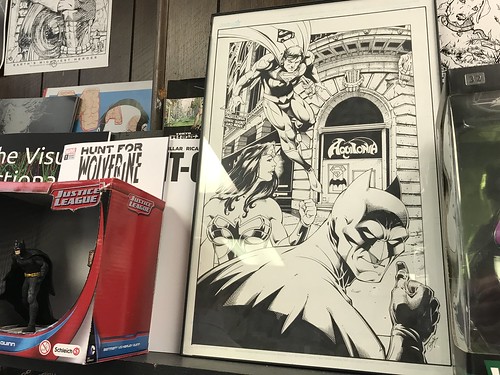 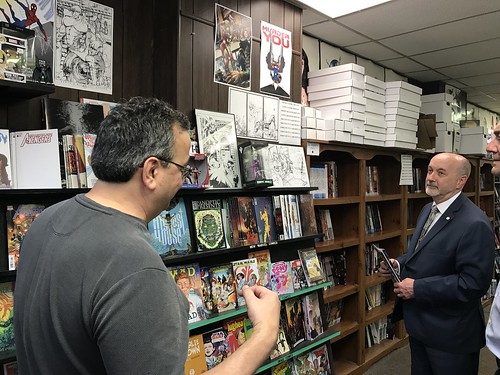 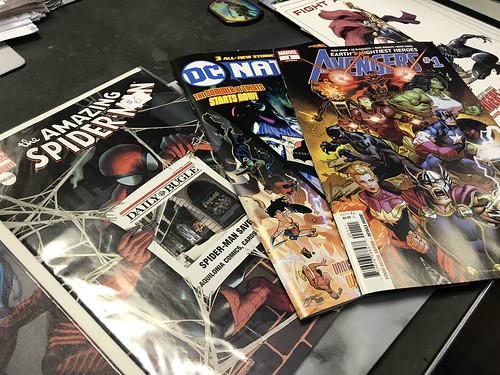 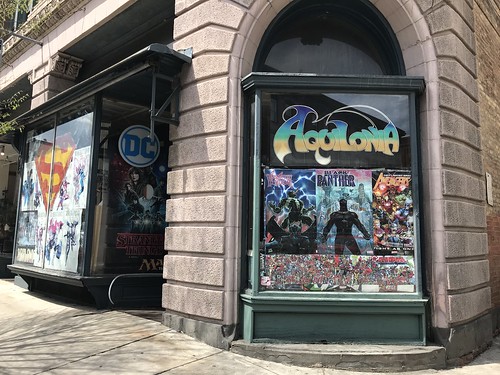 For 35 years, Aquilonia Comics has been part of the downtown Troy neighborhood where it serves customers from across Troy, Rensselaer County and the Capital Region. The independently-owned retailer specializes in new and used comics & graphic novels – including DC, Marvel, Image, and a variety of other publishers – as well as Magic: The Gathering cards (a fantasy-based playing card game), table top board games, and other various items. In 2011, the shop was featured on the cover of a limited edition of “The Amazing Spider-Man” series. The store’s interior displays various commissioned art pieces that feature iconic DC and Marvel characters and Aquilonia’s historic building storefront.

Friday’s visit was part of the administration’s ongoing efforts to support local small businesses and entrepreneurs, highlight their importance to neighborhoods across Troy, and connect them to the City’s Office of Planning and Economic Development.