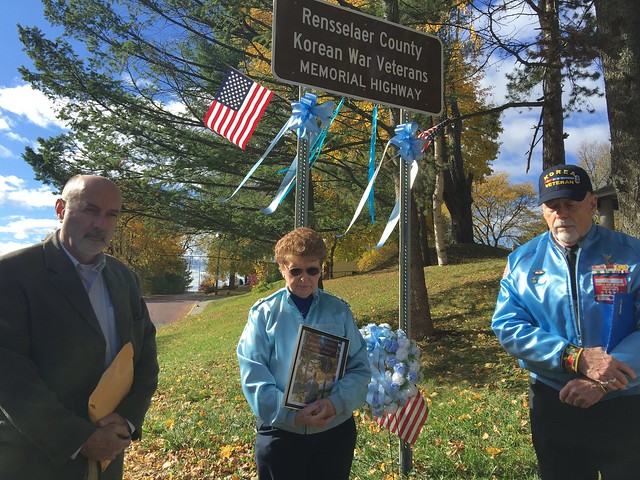 TROY, NY – On Sunday, November 6, Mayor Patrick Madden joined members of the Northeast New York Chapter of the Korean War Veterans Association to commemorate the replacement of two highway markers associated with the Rensselaer County Korean War Veterans Memorial Highway on Hoosick Street in the City of Troy. The ceremony included a reading of the names of Rensselaer County Korean War veterans and brief remarks from the Mayor and officers from the association. Both markers were provided and installed by the New York State Department of Transportation to replace the faded and missing signs which designate the section of the memorial highway. 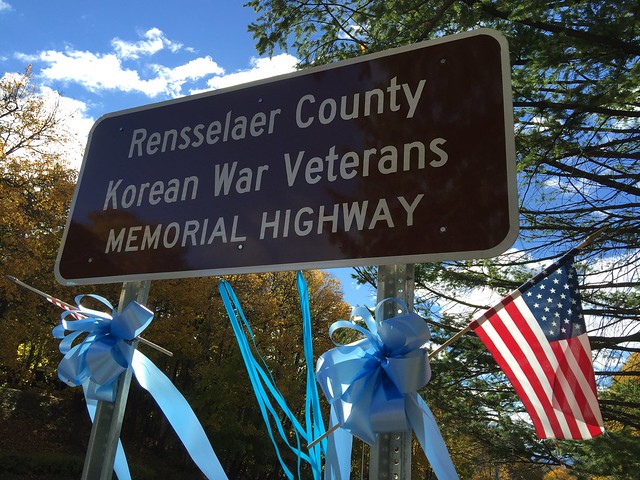 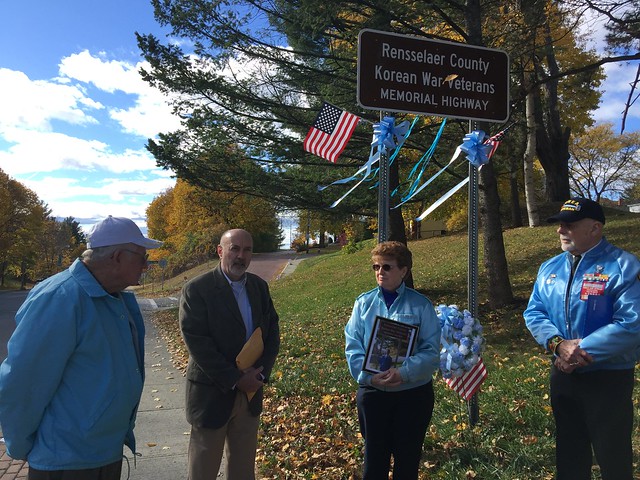