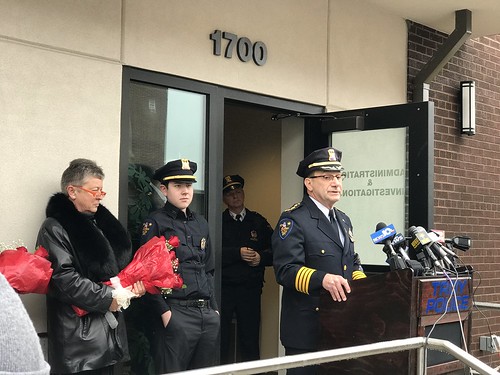 For Immediate Release
January 12, 2018
View or download this release in PDF format

TROY, NY – On Friday, January 12, Mayor Patrick Madden joined members of the Troy community, local elected officials, and the Troy Police Department for a farewell “walk out” ceremony to mark the retirement of Troy Police Chief John F. Tedesco after nearly 42 years of service with the department, the last seven as chief. Mayor Madden presented Chief Tedesco with a proclamation officially designating Friday, January 12, 2018 as “Chief John F. Tedesco Day” in the City of Troy, New York, in recognition of his distinguished career as a member of the Troy Police Department. 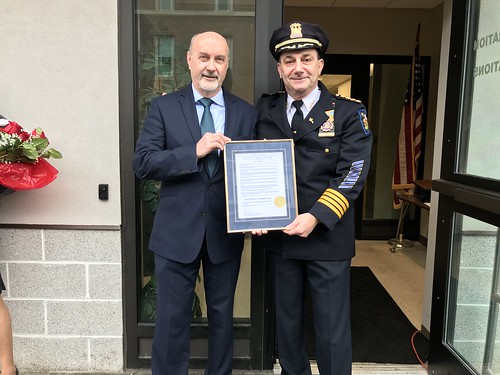 John Tedesco began his career with the Troy Police Department in 1976, where he served as patrol officer until his promotion to sergeant in 1984. As a sergeant, he served as a patrol sergeant, detective sergeant, and supervising officer of the Juvenile Aid Bureau. During this time, John attended the University at Albany where he received a B.A. degree, and in 1986 was awarded a Master’s Degree in Public Administration from the Nelson A. Rockefeller College of Public Affairs & Policy.

In 1994, John was promoted to captain and served as a patrol captain and commanding officer of the Community Police & Civil Enforcement Units. While serving in this assignment, the City of Troy received Best Practice recognition from New York State for its community policing initiatives. John was promoted to Assistant Police Chief in 2003 and provided oversight for all operational units within the Troy Police Department.

Chief Tedesco’s four-decade career with the Troy Police Department earned him numerous awards and recognition from his peers in law enforcement and the Troy community at-large, including over 37 Letters of Commendation, a Silver Shield Award in 1982, the Chief John J. Givney Award in 1992, the Coordinated Community Response Award by Unity House and the Liza Ellen Warner Purple Ribbon Award for service to domestic violence victims, and the Leadership Award for the Coalition for After-School Funding; and

Chief Tedesco is an active member of Therapy Dog International and the Rensselaer County Early Release Commission, and is a graduate of the FBI Academy Law Enforcement Executive Skills Development Seminar. 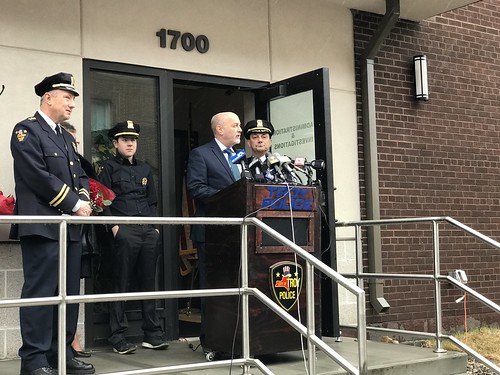 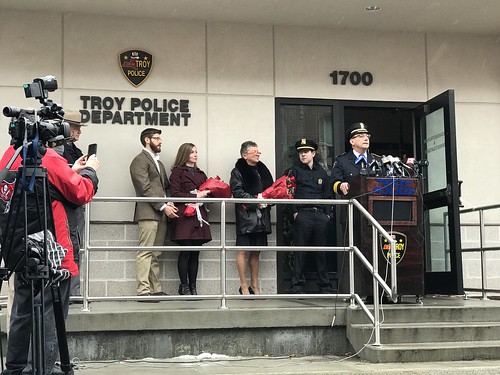 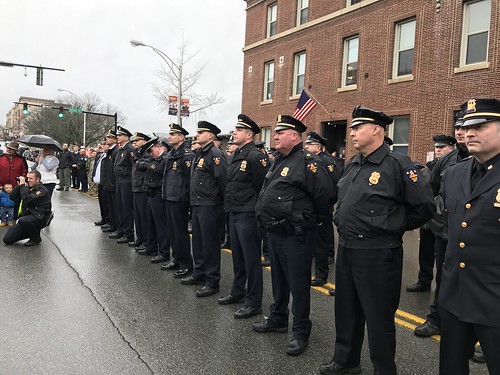 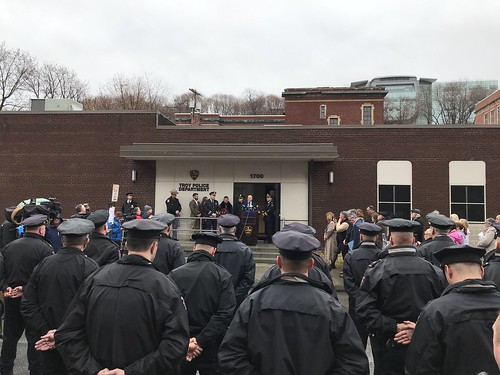