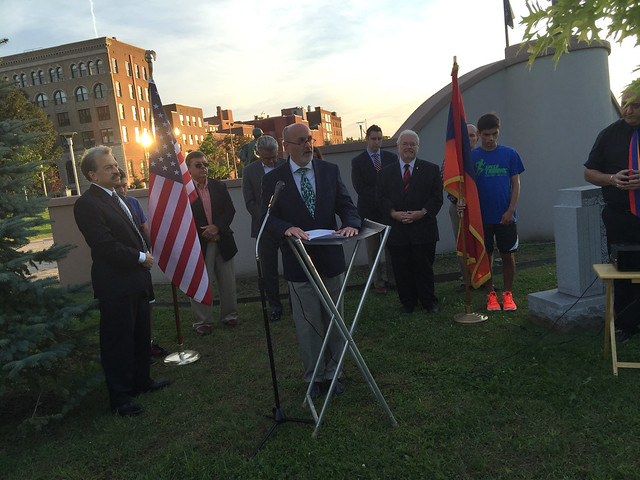 The consent of the governed.

These are values that are held dear by our two countries, the United States of America and Armenia.

These are rights that both of our countries spilled much blood to achieve.

These are rights most often won after long years of turmoil and suffering. In the case of Armenia, that suffering was particularly long and particularly painful. So much so that a great many of your people were forced to leave their homeland. And we are fortunate that so many have settled here. You have enriched and shaped our culture and our heritage. You have become an integral part of the tapestry of this country but in so doing you have not forsaken the unique customs and practices that we of non-Armenian descent have come to appreciate.

Having gained your independence just 25 years ago by popular vote and by such a commanding margin should be a source of great pride and joy for you. For a good number of us, that is recent history. We can still remember the day. But for the younger generation it is just a story to read about. I urge you, who lived this event 25 years ago to share those memories, those emotions with the next generation. Keep that passion for freedom and self-determination alive in the next generation and instruct them to pass it on.

Whether you are a US citizen of Armenian descent, or a citizen of Armenia, or any other country for that matter, you have sacrificed much to achieve your independence. You have much to be proud of. Much to be thankful for. Keep the story alive.

On behalf of the residents of Troy I offer my hearty congratulations on this, the 25th anniversary of the independence of the great country of Armenia.

Thank you for inviting me to share this moment with you. 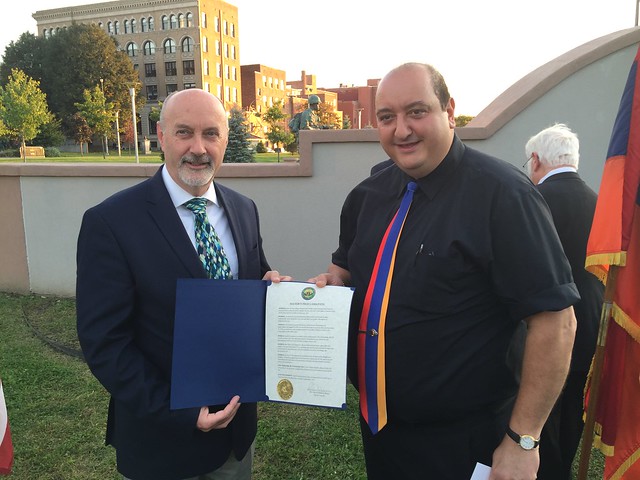