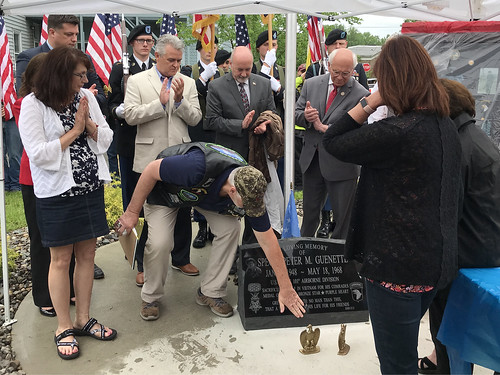 “We stand in thanks to those among us who answered the call to serve. The brave men and women who risked so much. Who put themselves in harm’s way to protect the values we hold so dear.”

“And on this weekend in particular we stand in mournful gratitude of those who gave their lives in that service. Those who should be standing among us today. Those who should be attending the baseball and soccer games of their grandchildren – children who will never be born.

“But there is among them one special group, those like Peter Guenette, the magnitude of whose sacrifice is awe inspiring.

“At the young age of 20, Specialist 4th Class Peter Guenette made the instantaneous decision to give up his life so that his fellow soldiers could continue theirs. Few are ever called on to make such a sacrifice. But the call was made to Peter that day, and without hesitation he answered it valiantly.

“His actions bespeak a selflessness that few of us could ever match.

“His actions bespeak the highest of human values.

“The accounts speak of his instantaneous action. It was not calculated. It was not considered. There was not a thought process. There was no time for that. It was a reaction – a reaction rooted in values learned at a young age in a special environment in a very special family.

“If the Peter could speak to us, what might he say? Would he console us?

“Perhaps he would say that while he couldn’t possibly know he would be called to leave this world for another, he was willing to answer that call to save the lives of his brothers and sisters in arms.

“The last act of Peter’s short life was an act of true heroism rooted in the urge to serve others at whatever cost.

“There is no more appropriate an inscription for this memorial than John 15:13, which says:

“Greater love hath no man than this, that a man lay down his life for his friends.”

“Today I offer my thanks to the family of Peter Guenette and the Veterans of Lansingburgh as well as the Board and staff of the Troy Housing Authority for undertaking this important project – the housing behind me that provides refuge to the veterans among us and this monument that we gather here today to dedicate to the memory of Peter Guenette.

“May it forever serve as a testament to the heroism of Specialist 4th Class Peter M. Guenette.

“And to each of us and those that follow us, may it forever serve as a reminder of the true values that underlie the greatness of our Country. The value of love, the value of duty and the value of service. 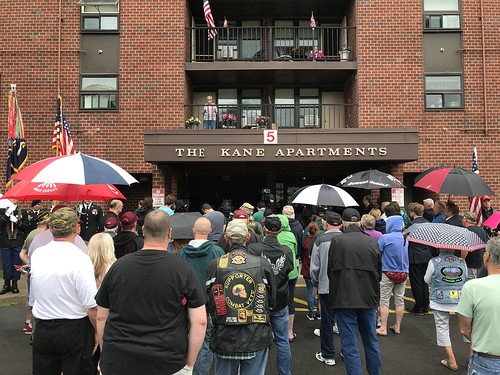 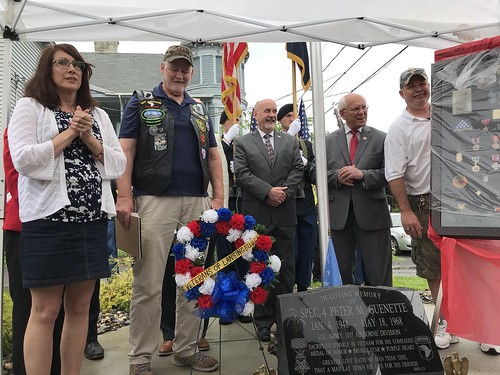 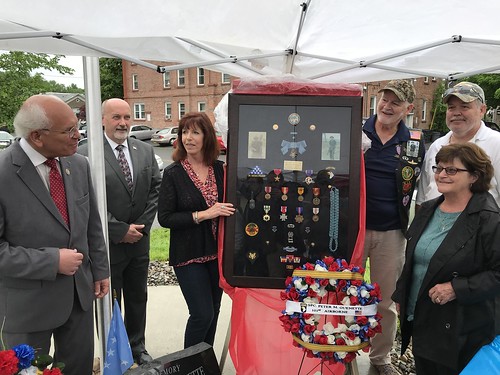 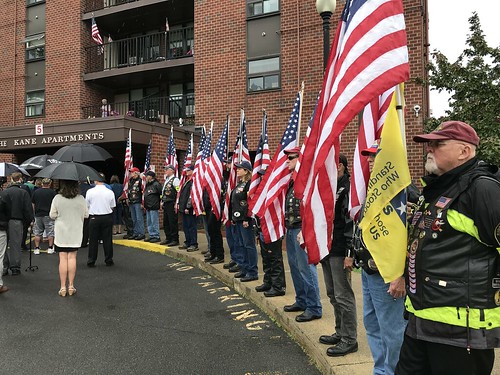 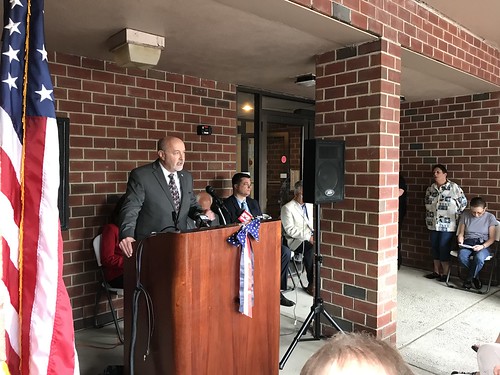